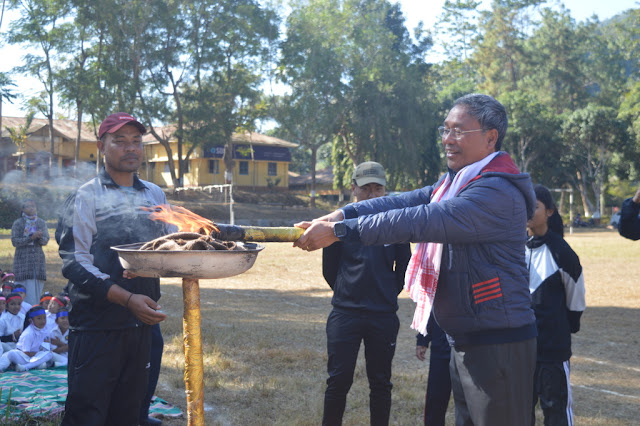 At the very beginning, God's presence was invoked through a lamp-lighting ceremony and prayer followed by a welcome address by the Principal. Sri John Zelliang hoisted the school Sports Flag which was followed by the Sports Torch Relay by the torchbearers, Km. Norisika G Momin, Captain of Runners-up Kho- Kho team (Girls) in CBSE Cluster level Tournament, Km. Lichoni Kikon, Badminton Champion(Girls) and Kr. M. Jeffery Humtsoe, Badminton Champion(Boys), and passing over the sports torch to the Chief Guest, Sri John Zelliang for lighting the cauldron. The ceremony continued with an oath-taking ceremony by the students led by the Chief Commander of the troops. A wonderful march passed followed by the oath-taking ceremony headed by leaders and members with flags along with a band group display at the end. The inaugural program also included an aerobic dance by KG students, a Mass drill by Primary classes, and Surya Namaskar & Pyramid display by secondary classes. The Chief Guest, Sri John Zelliang addressed the gathering by recalling his school days memories and emphasized the necessary qualities of a good Sportsman like dedication, team spirit, discipline, resilience, integrity, patience, and goal. He winded up his speech by declaring the Annual Sports Meet 2023 open and wishing the students all the luck. 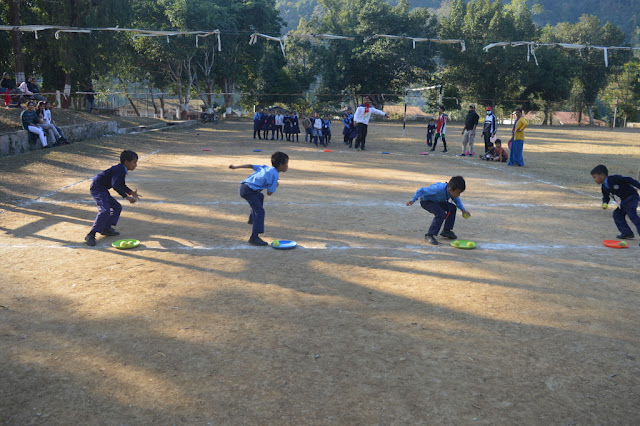 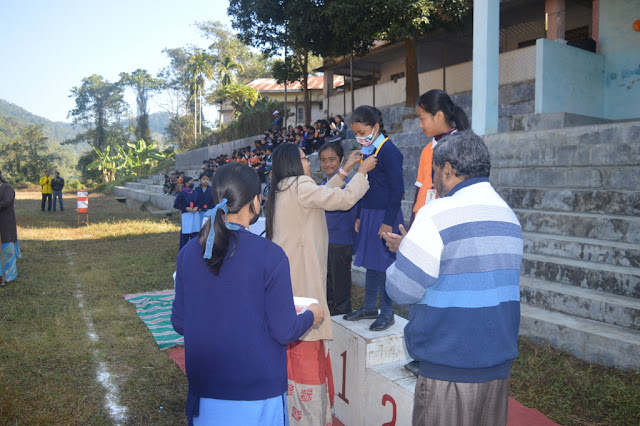