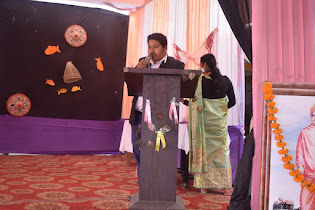 He said in his address to the parents, "Parents should try to find out the passion of their children and should not decide what career their children should choose. Any educational institution should also have three components: to know, do, and be. It is not enough to be successful, but to be a good human being is all important and the Parivar, in the larger sense, has a very significant role to play."
A group of teachers presented the song" Navin Parva Ke Liye". 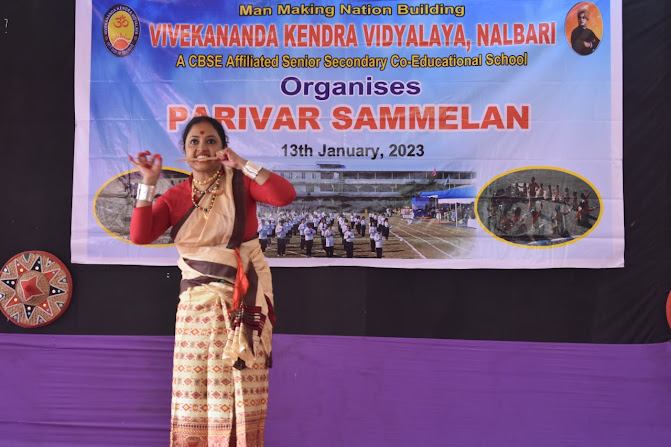 The Parivar Sammelan ended with prize distribution among the winners. The prizes were given away by Sri Krishna Chandra Gour, the Chief Guest, and Sri Ritwik Chakravarty, Principal, VKV, Nalbari. Around 115 people attended the Sammelan.